Working On the Right Things:

How Flow Empowers the Creative Team at WeBuild

Before starting WeBuild—a digital product design agency based out of San Diego—Evan Shoemaker paid his dues across many roles and continents. First, he ran a design agency called Wafflehaus Media (Evan: “I don’t know why we thought it would be a good idea to name a design agency that”). After that, he moved to Chile to participate in a startup accelerator, which was then followed by a two-year stint as a COO at a Bay Area startup.

Through all those experiences, he’s picked up a great understanding of productivity and a knack for getting the most out of his teams.

So when it came time to think about task management for the 100% distributed client services team at WeBuild, he knew the importance of finding not just a tool that stuck, but one that suited a flexible creative environment. “We literally tried every product in project and task management,” says Evan. “Especially at the early stage of the company, we wanted to find something we loved that would push us to the next level.” 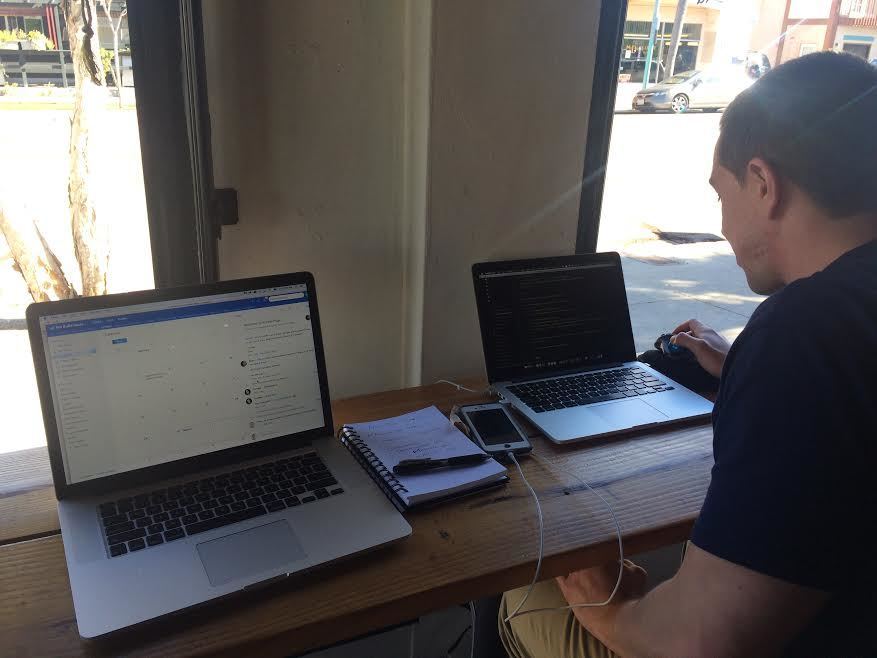 At WeBuild, a task list in Flow isn’t just a static group of to-dos: they’re goals for the day, and each team member has the freedom to decide where to focus their energy. In fact, at their daily stand-up, team members share their task lists to give visibility into how they’ve decided to structure their day. This kind of clarity has been critical to their success as a remote team, since, as Evan says, “At any given time, everybody knows what everyone else is committed to.”

Without Flow, I don’t think we would have the level of clarity that we do. It’s been indispensable.

By introducing even a small amount of self-management into their workflow, the WeBuild team becomes more and more intelligent about how they do their work. “People learn and self-optimize. One day, someone might assign five things to themselves, and get three done. Then the next day, they’ll realize what they can actually get done in a day,” says Evan.

What’s most meaningful about Flow to WeBuild, though, is the focus that it’s brought to the group. “Flow helps our team do better work,” says Evan. “Knowing exactly what our priorities are, and not having a million emails and being disorganized—I think that’s one of the core focuses of what we try to do for ourselves and for our clients: working on the right things, versus doing things just to get them done.”

With Flow, teams are able to look beyond day-to-day work, and make key decisions about the absolute best use of their time. It gives everyone at WeBuild the power to do meaningful work, and keeps their clients satisfied. “Without Flow,” says Evan, “I don’t think we would have the level of clarity that we do. It’s been indispensable.”

Get Started with Flow Today

Sign up for a 30-day trial. No obligations. No credit card required.

Try Flow for 30 Days Continue to

Flow won’t run on your browser. To deliver the best possible experience to our customers, we took advantage of the latest web technologies that aren’t supported by your browser. As such, we can only safely support the latest versions of Safari, Chrome, Firefox, and Internet Explorer. Learn more at Browse Happy

Flow makes my life and those of my team better, faster, and stronger. Simply a pleasure.